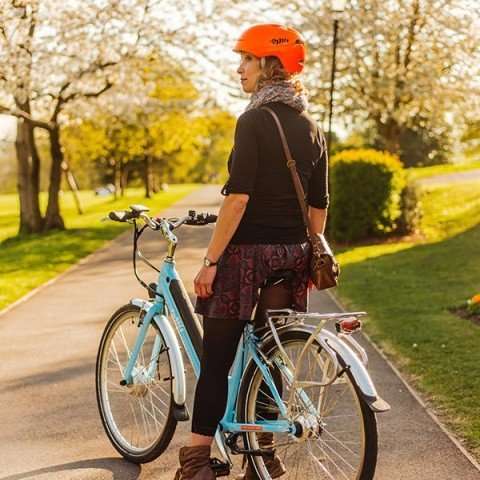 Research conducted by the Institute of Global Health has found that regular cycling can reduce stress by 52%.

The study, published in BMJ Open magazine, was complied by surveying 788 adults who regularly commute to work or study locations by either walking or cycling. It was found that bicycle commuters had a “significantly lower risk of being stressed than non-bicycle commuters.” The research also commented that cycling more frequently greatly decreases stress levels:

These findings will not come as a surprise to regular cyclists and the research notes that participants in the study had said that using a bike daily was a good stress release and that they found their commute more enjoyable.

The study also notes that cyclists who had access to better cycling networks and public bicycle stations near their home and work were less likely to be stressed when compared to cyclists with poorer bikeability options.

The IGH report is not the only one to show the potential health benefits to commuters and the study should make interesting reading for company executives. With stress being the cause of 45% of all lost work days due to ill health, companies will see this as further proof for the need to invest more into employee cycling policies and initiatives.

Another study conducted by the John Molson School of Business, and published in the International Journal of Workplace Health Management, looked into how different commutes affected stress, production levels, and moods in the work place. It found that people who cycled to work indicated that they felt significantly less stressed compared to employees who travelled by car.

Stephane Brutus, one of the study’s authors, suggested that arriving to work less stressed has a direct impact on work performance for the rest of the day: “Recent research has shown that early morning stress and mood are strong predictors of their effect later in the day. They can shape how subsequent events are perceived, interpreted and acted upon for the rest of the day.”

With growing investment from the UK Government to promote cycling, and with new tools to help plan better cycle routes, it is becoming easier for UK businesses to promote cycling to their workforce. Studies like the ones from the IGH and JMSB will help show companies that cycling is not just in the interest to their employees wellbeing, but can also help improve productivity.