Where to rent eBikes? 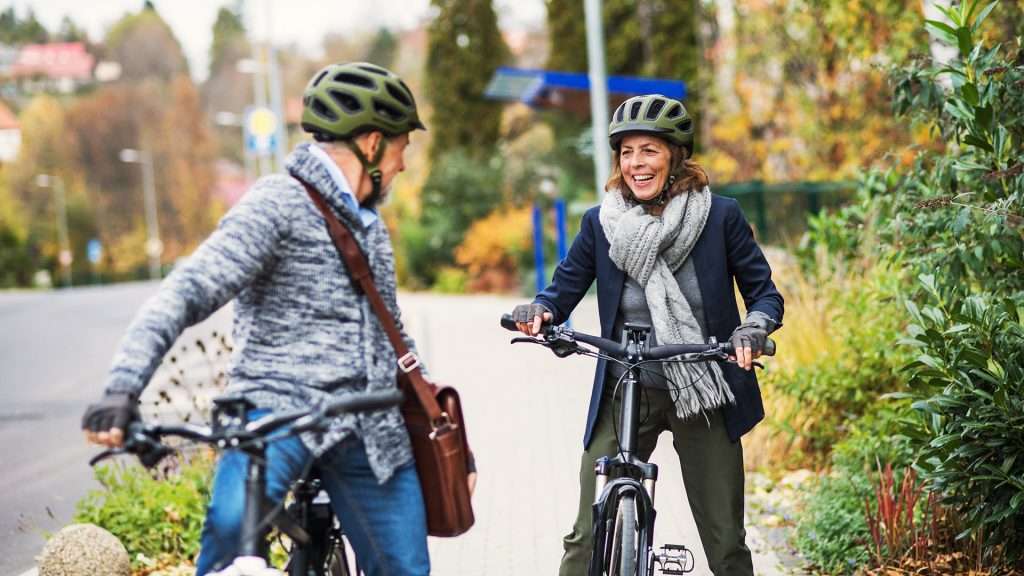 E bikes continue to grow in popularity. Sales in the UK have doubled over the last five years. We still have a considerable way to go to catch up with our European neighbours. For instance E bike sales in Germany are 10 times the amount in the UK.

Increasingly more and more bike rental outlets are renting E bikes as part of their hire mix all over the country. It’s a great way of trying an Ebike . Emu bikes are available from a number of outlets.

The best way to find out how to hire a bike locally is to search online.

In London the principal hirers are  Lime, and Jump which is owned by Uber. Typically these bikes cost £7 to £9 an hour. Hertz are also renting electric bikes from Marble Arch depot.  To access Lime or Jump bikes , just download the app on your phone and you can easily get going.  The app locates your nearest bike.

It is perhaps worth reminding ourselves of the reasons to use an E bike. Scientific studies have shown that the difference between electric bike and pedal cycle exercise is often negligible. The study was conducted in seven European cities. The net losses in physical activity in e-bikers switching from cycling were much less due to increases an overall travel distance.

It is all very tempting if your cycle is quite long and the weather is inclement to jump into a car. E bikes are easy to use all year round. In summer you arrive sweat free with the wind cooling you down. In winter you can put waterproof clothes on top have your “dress for destination clothes” underneath.

So e-cycling enables you to arrive dressed for destination, great for all weathers and stops you avoiding the temptation not to cycle on longer journeys. E bikes are also great for carrying shopping and other loads. If there are two of you and one cycles faster than the other, E bikes level the playing field. The bikes also enable those with a health issue and those not in the first flush of youth to continue to ‘cycle like a teenager’.

Health – cycling reduces the risk of nearly every disease. It is good for bones and joints. It’s good for mental well-being. Importantly it can be done as part of a daily travel routine

Cycling is normally much quicker in the centre of towns, and stress free. You will arrive on time

Above all you have an  amazing sense of freedom.

The running costs of an Emu  bike is under £1 per day, and an Emu has a far higher specification than most hire bikes.. This Works out at approximately 10% of the cost of hiring a bike for an hour, why not make the full jump and trial an Emu today.

2 thoughts on “Where to rent eBikes?”