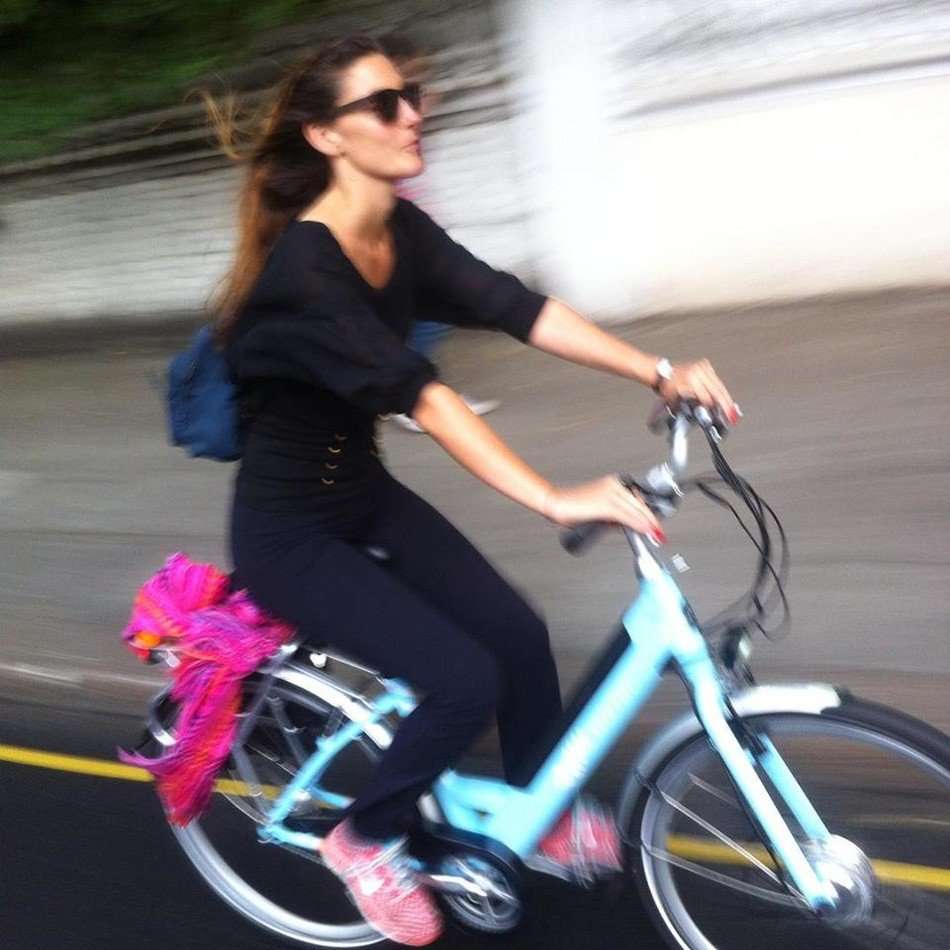 The authors of a study involving more than 250,000 people call on ministers to make it easier for people to commute by bike.

Research found has found, cyclists have a 41% lower risk of premature death from any cause.Original report by By Becky Johnson, News Correspondent, Sky News

People who cycle to work reduce their risk of cancer and heart disease by almost half, research suggests.

A study of more than a quarter of a million people found those who cycle for their commute have a 46% lower risk of cardiovascular disease and 45% lower risk of developing cancer than people who drive to work or take public transport.

The research, carried out over five years by experts from the University of Glasgow, concluded that overall, cyclists have a 41% lower risk of premature death from any cause.

People who walk to work were also found to reduce their risk of cardiovascular disease, but the benefits were not as great as cycling.

Dr Carlos Celis-Morale, from the University of Glasgow, said:

Nine months on, he says he is feeling the health benefits of his daily commute.

“It makes me feel good,” he said. “Especially in the morning, getting the fresh air, and you just feel energised when you get to work.”

Dr Jason Gill, from the Institute of Cardiovascular and Medical Sciences, said:

“Cycling all or part of the way to work was associated with substantially lower risk of adverse health outcomes. “Those who cycled the full length of their commute had an over 40% lower risk of heart disease, cancer and overall mortality over the five years of follow-up. “If these associations are causal, these findings suggest that policies designed to make it easier for people to commute by bike, such as cycle lanes, city bike hire, subsidised cycle purchase schemes and increasing provision for cycles on public transport may present major opportunities for public health improvement.”

Cycling using an e-bike, has been shown to confer 80% of the benefit of cycling on a conventional bicycle, with the added advantages of a greater range and being able to control your effort. Emu Electric bikes feature the Shimano Nexus 7 hub gear system meaning you can change gear at any point without difficulty and with six power settings you are always in control.